Fort Worth History Buffs....You Make the Call....Public Road or Private

Last week our tenant called to tell us a large fence was being put up across the front of the property blocking access to the property where my husband was born and raised.  The property is located on Trammel Davis Road, which was originally a county road and then annexed by the City of Fort Worth in later years.  Trammel Davis originates at Precinct Line Road, intersects at Norwood Drive, and then ends at Greenbelt Road.  Here's a picture of the area.  My husband's property is in the yellow box.  The red line indicates where the fence is being erected. 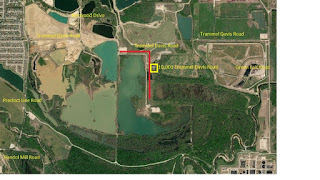 My husband and I drove to the house and sure enough, an 8 foot high game fence, the type one would use to keep game on their property was being erected.  I called the City of Fort Worth's Call Center and asked if Trammel Davis was still a public road.  I explained our situation and was instructed to call Code Compliance. I called our Code Compliance officer who explained that she was very busy and wouldn't be able to get out to the property until next week.   I explained we had a tenant on the property that was being blocked access.  I explained that our tenant is terminally ill and needed access to the property.  She stated I would get a faster response if I submitted a complaint online. I submitted my complaint online and received a call back this morning.  The Code Compliance officer explained she had tried to go out to our property but was blocked by a barricade.  She recommended I call Fort Worth Transportation and Public Works.  I must've called 10 numbers before I called my City Councilwoman who helped me find a number.  Meanwhile, our tenant called and reported that he was fenced in on the property and had no way to get out.  I explained our situation to TPW city staff and was finally called later this afternoon to let me know someone would be out tomorrow.  I explained that our tenant was terminally ill and was fenced in without a way to get out or any emergency vehicle to get in.  The city staffer stated that I hadn't indicated earlier that our tenant was terminally ill, and that it would be tomorrow before I was contacted. 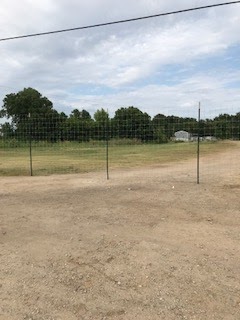 So, with my nervous energy, I'm blogging about yet another horrible experience courtesy of the City of Fort Worth.  Our tenant is a kind, hard-working man who doesn't deserve this inconvenience and threat to his safety and well-being.  He won't be able to get to work until we either cut down the fence or Fort Worth actually helps us.  We have the bolt cutters ready!

Posted by Mary Kelleher at 7:04 PM