You Have Milk On Your Face Fort Worth

The Fort Worth Way has struck again!  Common people continue to be persecuted and prosecuted by the City of Fort Worth while private developers and industry are granted immunity.  This time, the victims of the Fort Worth Way are farmers. 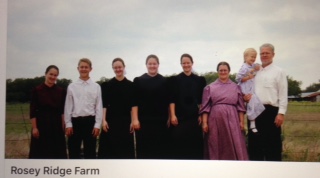 What is the heinous crime committed by these people?  Believe it or not, providing people with wholesome, hormone-free, raw milk direct from their cows.

In yet another incredibly embarrassing moment and demonstration of total lack of common sense and good judgment, a Fort Worth jury found Eldon Hooley, the owner of Rosey Ridge Farm, guilty of “Food Establishment Unapproved Source.”

Mr. Hooley transported milk from his farm to Fort Worth using a van owned by the family farm.  Evidently, according to Texas law, the van is considered a “food establishment” because it transported food for the consumption of others.
I wonder how the Hooleys got caught.  Could it have been surveillance by Fort Worth Code Compliance? I doubt it....they couldn't even find the towering concrete batch plant that was constructed without a permit.

Maybe Mr. Hooley wouldn't have been prosecuted if he said the milk was going to be used for a city-related project...that's the excuse the City of Fort Worth gave for not even citing the private developer who constructed the concrete batch plant without a permit!

The Hooley's attorney, Gary Cox of Farm to Consumer Legal Defense Fund, reportedly plans to file a motion for a new trial.  If his motion is denied, he will reportedly file an appeal.