Fort Worth Fails the East Side Again! 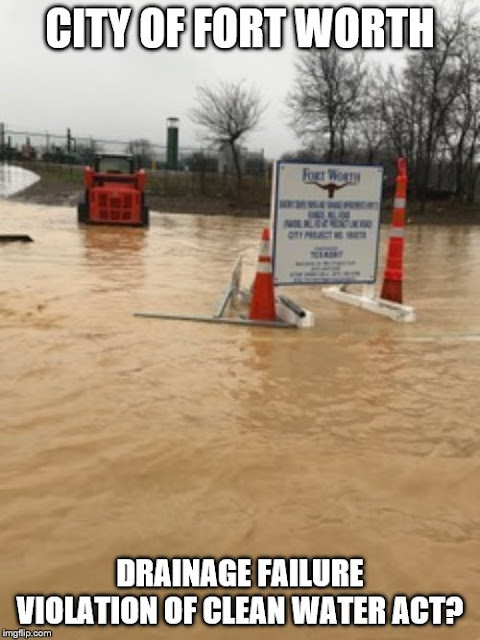 Why does Fort Worth disrespect the east side so much?  For about 10 years, our neighborhoods told the City of Fort Worth we didn't want a roundabout, but they forced one on us anyway, even after Fort Worth cancelled the construction of any more roundabouts in the City.  Most of us wanted 2 simple turn lanes to deal with the out of control traffic. Instead, Fort Worth chose a million dollar roundabout, a temporary fix for our outdated, failing infrastructure.  We told them it would flood.  City staff told us the area would drain better than ever.
Guess who was right?

This is a photo taken by a neighbor who got stranded in her car in the roundabout.  Stormwater run-off became trapped in the roundabout and our neighbor couldn't see the road.  Thankfully, she and her 2 and a half year old son were rescued without injury.  Her car sustained $3700 in damages.  Hopefully, Fort Worth's Risk Management will step up and pay for the damages.  Maybe Fort Worth will consider turning the new street lights on at the roundabout or providing some type of light for this very dark area. 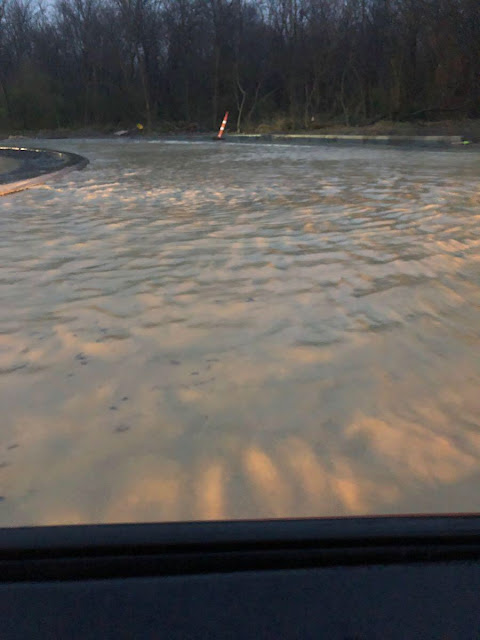 Uninformed people are commenting on social media that our neighborhood should be used to this since we're in flood plain by the Trinity River.  This flooding has NOTHING to do with the Trinity River.  ALL of this water is stormwater run-off.  Areas on Randol Mill which historically did not flood are now flooding.  The reason.....development and the clearing of hundreds of acres in our area, which by the way, happen to be on the hill above our farm on Randol Mill.

Pictured below outlined in yellow is the 100 acres cleared by LGI for the Oak Ridge housing development.  The smaller yellow circle is the typical size of our stock pond, about 2.5 acres. 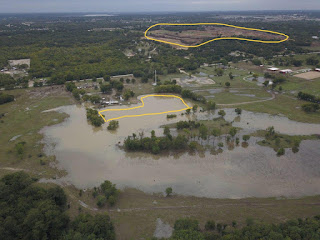 Here's another picture of our farm underwater.....NOT from the Trinity River getting out of its banks either.....this is ALL stormwater run-off.   The specks on the right side of the picture are our cows. 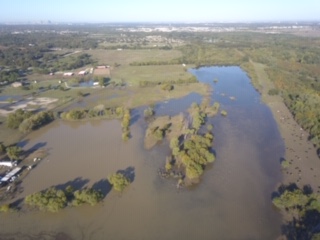 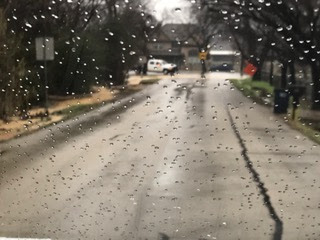 The stormwater run-off was so swift that is actually swept this railroad tie onto Randol Mill. 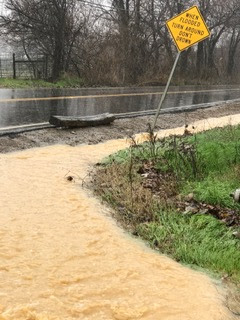 At least LGI seems to be trying...unlike DR Horton. 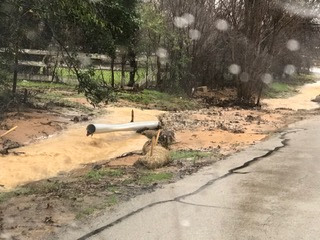 LGI /Pape-Dawson is aware their stormwater run-off is going east under Cooks Lane and running down the hill onto Randol Mill, but we know of no plans to address this.  Actually, the majority of the water trapped in the roundabout came from the LGI site. 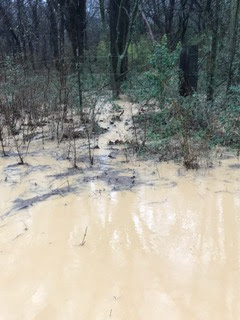 Here's a photo of the LGI stormwater run-off coming off the hill and crossing Randol Mill by our home where it continues east towards the roundabout. 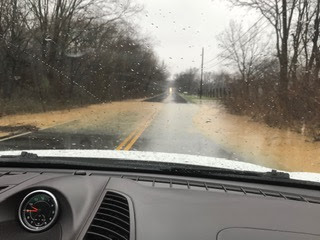 Here's a photo of LGI stormwater run-off traveling on both sides of Randol Mill Road headed to the roundabout. 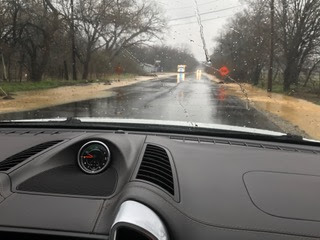 LGI stormwater run-off at the roundabout. 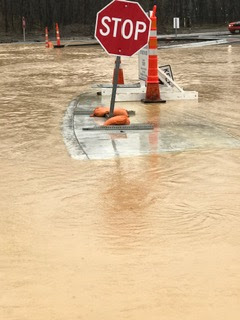 It's bad enough that our neighbors have to deal with all the unwanted water, but we also have to deal with debris and silt and whatever else the stormwater run-off picks up along the way.  Storm water run-off is actually considered a point source of pollution and subject to federal permit requirements under Section 402 of the Clean Water Act.  LGI knows it.....that's why there are construction workers on site after every rain.  Here's a photo of the construction workers trying to shovel the silt that came off the hill. 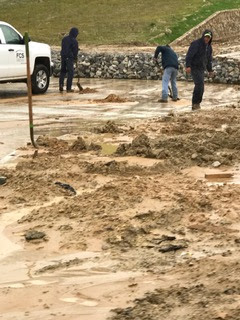 There was too much of it though so they brought in some equipment. 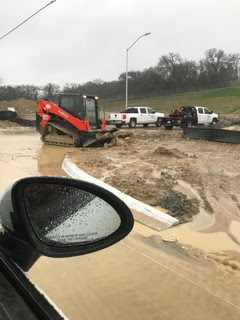 They forgot some of their slippery silt though and left it for us on Randol Mill at an already dangerous curve. 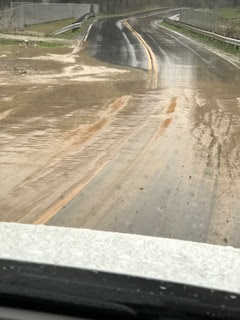 LGI's stormwater run-off, a point source of pollution, empties into our stock pond after any measurable rain. 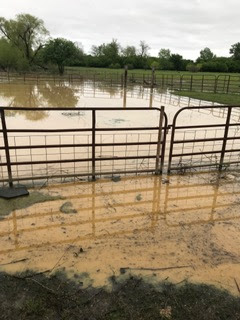 It also empties into the Trinity River. 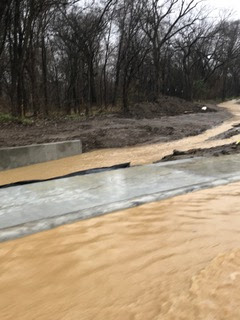 
Posted by Mary Kelleher at 2:10 PM No comments: