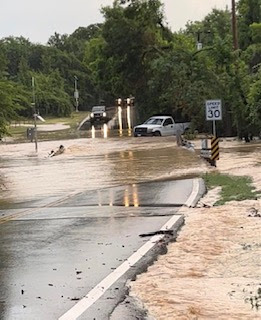 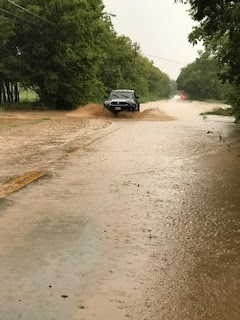 Q:  What is stormwater runoff?

A:  Stormwater runoff is water from rain which flows from rooftops, over paved streets, sidewalks, parking lots, across bare soil, through lawns, and storm drains.

Q:  What is sediment pollution?

A:  As stormwater runoff flows, it collects and transports silt, soil, pet waste, pesticides, fertilizer, oil, grease, litter, and other pollutants and drains into creeks, streams, and rivers which eventually reach the ocean.  This is sediment pollution.

These are pictures of sediment pollution caused by developer LGI on the east side of Fort Worth.  City of Fort Worth staff and elected officials have known about this for almost 5 years now. 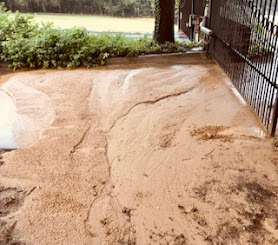 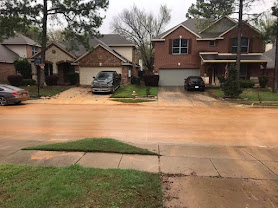 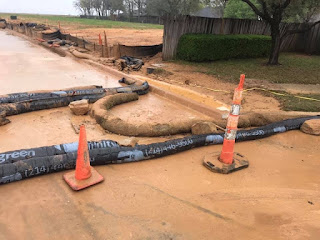 Our neighborhoods first brought this sediment pollution to the City of Fort Worth's attention in 2017 when DR Horton clear cut a 50-acre forest on a hill on Randol Mill. The unmaintained drainage ditches and inadequate drainage design by DR Horton approved by the City of Fort Worth is a recipe for disaster for property owners and motorists along that stretch of Randol Mill.

This is how City of Fort Worth staff and elected officials responded to their citizens over the last 5 years.

Adding insult to injury is Fort Worth City staff readily admitting in the article referenced below that they can't fix the problems they created because they don't have the money.

A friend of mine likes to say, "If you're in a hole, quit digging!"

Home ownership is the realization of the American Dream.  It's the biggest investment in ourselves and our families and is the cornerstone of a strong community.  At no time should local government compromise our dreams to increase tax revenue through permitting development the existing infrastructure cannot support.

Posted by Mary Kelleher at 10:18 AM No comments: