Fort Worth Flooding Can Be Prevented!

Areas of the east side of FW went underwater again this week and the City of Fort Worth, developers DR Horton and LGI Homes, and the engineering firm Pape Dawson knew it was going to happen.  FW had City trucks with flashing lights in the flooded areas, DR Horton had staff out in the area taking pictures of the LGI stormwater run-off to make their run-off not look so bad, and LGI/Pape Dawson had equipment on site to clean up the torrential flood of red silty mud which
came barreling down their hill. 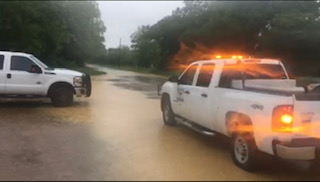 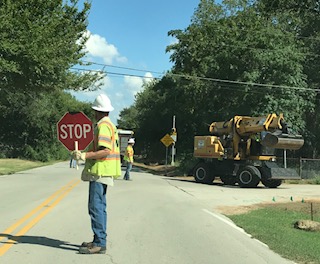 It’s a shame these “professionals” are having to go to such lengths now when all of this could have been prevented during the permitting process.  Believe it or not, the City of Fort Worth permitted both developments knowing they were located on hills above existing property owners and knowing the current infrastructure, or lack thereof, could not handle existing loads. Our neighborhood learned Fort Worth only considers velocity of run-off, not volume of run-off, when permitting new development.  DR Horton's development is 50 acres, clear-cut of trees and LGI Homes is 100 acres cleared of trees on one of the highest points in Tarrant County.

DR Horton has been flooding us with their run-off since February 2016.  LGI has been flooding us with their run-off since March 2018. Three years later and our situation worsens with every rooftop and inch of concrete poured.  What changes have been made to the permitting process to prevent this from happening to other neighborhoods?  NONE!  Are we any safer now then we were three years ago?  Fort Worth installed 2 flood warning signals along Randol Mill Road but neither were functioning during the road flooding.  Fort Worth has a website that allows citizens to check the real-time flood status of monitored locations but unfortunately these warnings are linked to the signals lights which weren't working at the time.  Randol Mill was over-topped with run-off in at least 6 locations and motorists had no warning.  http://fortworthtexas.gov/floodwarning/

The east side has had three deaths in the last year due to flooding caused by run-off.  It's a miracle there haven't been more deaths.  What’s the magic number of deaths before Fort Worth provides us with flood protection caused by run-off?!

This situation isn’t exclusive to the east side of Fort Worth, it’s happening all over Fort Worth.  Areas that historically didn’t flood are now flooding due to over-development and grossly inadequate infrastructure.  The City knows they are flooding us out of our homes and we are letting them do it.  The City's solution thus far is to buy your home or buy flood insurance.  Either option is unacceptable!  Our homes are our biggest investments and it's time we come together to put a stop to this madness!

FORT WORTH....you are failing your City!  STOP permitting new developments until you fix what you are doing to us!!!
Posted by Mary Kelleher at 3:59 PM