Flood Risks: The Fort Worth Way

On June 1, 2015, I attended the second of a series of meetings sponsored by the City of Fort Worth’s Storm Water Management Division and Freese & Nichols. The purpose of the meeting is to develop a Floodplain Management Plan (FMP) for the city.

The plan aims to identify and reduce flood risks, but the ultimate goal is to reduce flood insurance premiums for citizens and businesses.

While I appreciate the city’s attempt to save its citizens and businesses money on flood insurance, I think we'd be even more appreciative if the city would actually address the problems causing the flooding instead of spending more time talking about it. I believe the city already knows where the flood risks are and what needs to be done about it.

The audience that night consisted of two types of flood victims….victims of traditional flooding which occurs when bodies of water exceed their banks and victims of storm water flooding which occurs when culverts, storm drains, and drainage ditches can’t handle the amount of run-off water.  I think the majority of the citizens at the meeting were people who suffered storm water flooding.

This is especially distressing as some of this flooding could have been prevented by simply maintaining culverts, storm drains, and drainage ditches and adding new culverts and storm drains.

During the meeting, a citizen asked how often culverts, storm drains, and drainage ditches are cleaned.  A city employee claimed this was done yearly, but when the audience groaned a noticeable sigh of disgust upon hearing an obviously untrue statement, another city staff said it was once every five years. The audience groaned another sigh of disbelief, but that was all they were willing to concede to.

My neighbor, Julie Amendola, owns and operates Trinity River Farm & Equestrian Center on Randol Mill Road. Sadly, Julie is a victim of both types of flooding. Unpermitted construction in our area over the years has resulted in drastic changes to the natural flow of flood water at Julie's place. Now, an obstructed drainage ditch adds insult to injury.

The photo you see below is a city-owned right-of-way that was constructed about 4 years ago while sewer improvements were being made in the area.  This is next door to Julie's property. 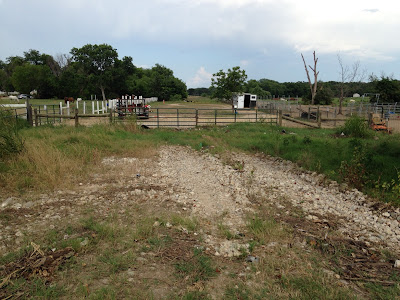 The drainage ditch under this right-of-way has not been maintained by the city so the storm water has been diverted onto Julie’s property.

These are photos of both sides of the drainage ditch. 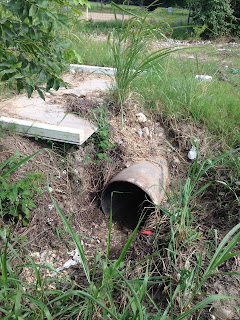 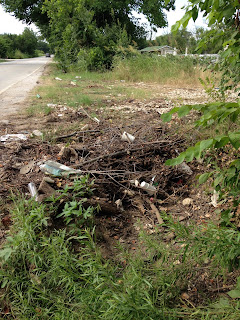 As you can see in this picture taken during the recent rain events in May, the storm water flows down Randol Mill Road right onto Julie’s property. 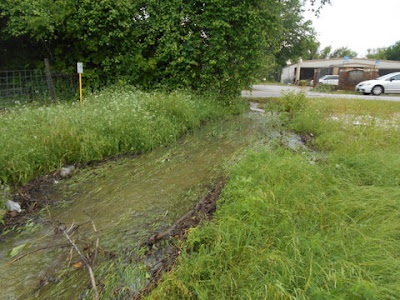 Within minutes Julie’s property and business becomes flooded and unusable.

Just wanted to give you the latest on this. One thing we have to work through is that the ditch alongside the road transitions onto private property where the road curves. We need to work with the property owner there to collaborate on any action. If we just clear the road ditch it could end up moving the problem to them. Whatever we do, we want to make sure it doesn’t make things worse for anyone.

We’re working on this and will keep you posted.

Please let me know if you want to discuss further in the meantime.

I'm going to take this a step further and apply the FORT WORTH WAY to this situation.

If this was Betsy Price’s property, do you think she would have received the same e-mail Julie did?  Do you think the culverts and ditches are stopped up in her neighborhood?

Sometimes I think the city has forgotten about a little thing called the Texas Water Code….which basically says no one may divert or impound water in a way which damages the property of another.  (Texas Water Code, Title 2, Subtitle B, Chapter 11, Section 11.086)

Have you been a victim of flooding or know someone that is? Please let me know….we need to stick together if we want change in how the city handles flooding issues.

I'm proud to serve you!